Aruba and Curaçao Hit by Earthquake 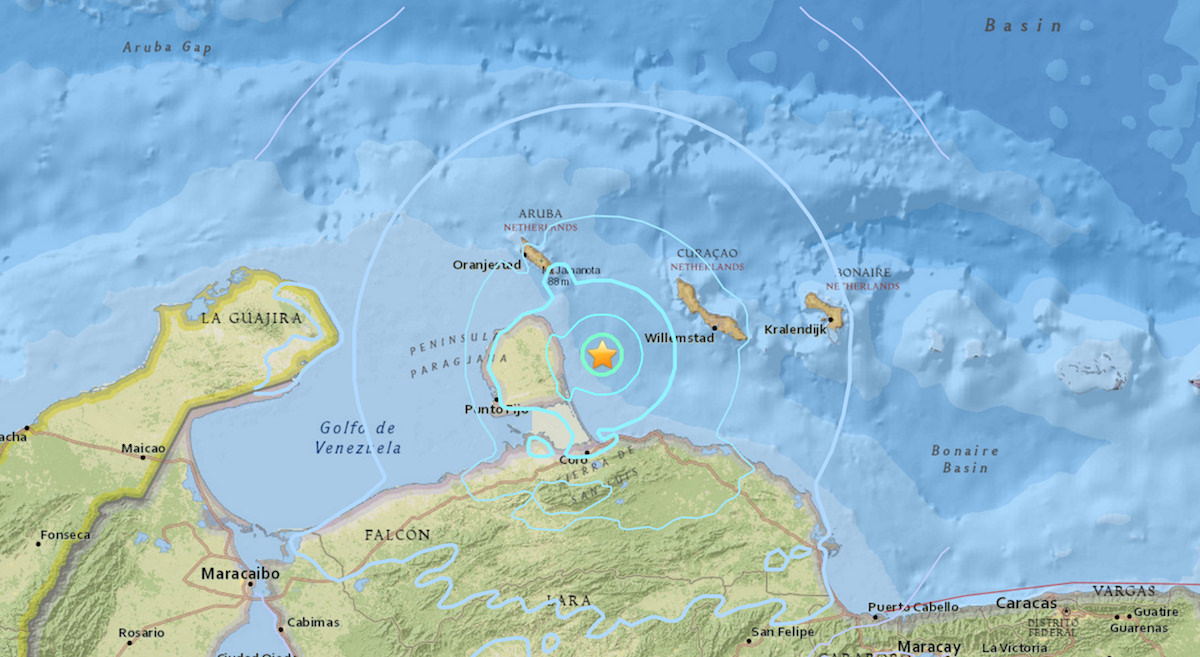 In a rare event, Aruba and Curaçao were rocked by an earthquake for the second time in two consecutive days.

In Willemstad, on the island of Curaçao, located 70 miles southeast of Aruba, a hardware store had to be evacuated after several product shelves came down, Radio Dolfijn reported. In Aruba, customers were ordered to leave stores as well. No further major damage has been reported.

Both earthquakes took place between Venezuela, Curaçao, and Aruba. The quake’s epicenter was located about 54 kilometers north of La Vela de Coro, Venezuela at a depth of 10 kilometers. The quake was felt as far as Caracas, the Venezuelan capital.

“In my rearview mirror, I could see parked cars sliding down the road.”, Dutch news correspondent Dick Drayer said. Dick also stated he could feel the ground move beneath him. “It was as if someone was shaking my car.”

On these borders, seismic activity including earthquakes and volcanic eruptions, are not unusual.

Mr. Pors expects even more seismic activity in the region.

“From a geological perspective, earthquakes in the Southern Caribbean are not unusual. But the sheer power of Friday’s earthquake, and the fact that they were so close after one another is.”