You Will Travel to Aruba After Seeing this Video 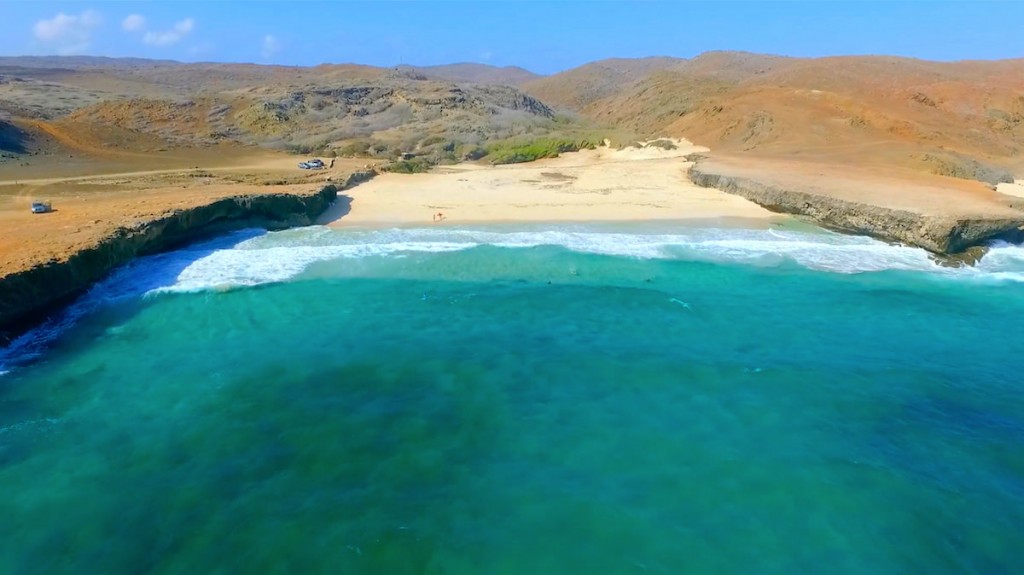 After seeing this high-definition drone video of Aruba, you’ll want to travel to Aruba right this moment. Just sit back and relax, make sure you turn up the volume, set the video to full screen and grab some popcorn.

After watching the video, we are confident you’ll agree:

There’s only One Happy Island.

A Virtual Tour of Aruba: Aruba from Above

Aruba from Above from Artmando Multimedia on Vimeo.

Armando Goedgedrag from Artmando Multimedia produced the stunning video. He is a painter, photographer, and skilled multimedia specialist who’s inspired by Aruba’s diverse landscape and nature. And it shows! He was born in the Netherlands and grew up in Aruba. He currently still lives on the island and is involved daily with the preservation and awareness of the nature and beauty of the Caribbean island. Armando produced the movie during the second half of 2015 and the beginning of 2016. Tony Anderson created the fitting music track.

What You Just Saw In ‘Aruba from Above.’

In case you don’t know where Aruba is or you’ve never traveled to the island, and you’re now wondering what you just witnessed, let us guide you through some of Aruba’s beaches, landmarks and points of interest you just saw in ‘Aruba from Above.’

After you clicked the play button, the drone camera flew over the Casibari Rock formations, situated close to the village of Paradera. These rock formations are believed to be connected to the Arawak indigenous people who came to Aruba from South America a long time ago (2000 BC).

In the background, you could see Hooiberg, Aruba’s second highest landmark, rising some 540 feet above sea level. Hooiberg is an attractive point of interest among tourists, who climb the steps all the way to the top of the mountain to enjoy the vistas over the small island. Many athletes run up and down the steps to get a solid workout.

Next, the drone slowly flew over to where the dark blue ocean waves gently roll onto the gorgeous lick of sand at Dos Playa, a popular surfing spot. Dos Playa consists of two bays that both have small beaches. One beach is about 100 meters long and stretches for about 200 meters into the mainlands. The northernmost beach is approximately 70 meters long.

The next scene was shot at the secluded Andicuri Beach, where the drone flew over the volcanic rocks while smoothly panning the camera towards the beach. At Andicuri Beach you will enjoy tranquility, beautiful landscapes and limestone ledges that offer shade when you travel to Aruba. It is one of Aruba’s number one surf spots.

The small photogenic inlet you saw around one minute into the video is Boca Mahos, tucked away approximately 1500 feet northwest of the Bushiribana Ruins. These ruins can be found on the road to the Natural Bridge, which collapsed on September 2, 2005. The Natural Bridge was one of Aruba’s most famous natural attractions until Mother Nature, unfortunately, decided to destroy it with brute force just before dawn. Hundreds of Arubans left their homes and traveled along the bumpy dirt road to see what remained of their vast national treasure.

Then you spotted a lone shark swimming in the deep blue waters of the Caribbean. We can almost hear you think: are there sharks in Aruba? Yes. Sharks do swim in the waters around Aruba. However, shark attacks are not common on the island. To be more specific, there haven’t been any reports about major shark attacks near any of Aruba’s beaches in the past few decades. We just wanted to get that one out of the way. The next scene was the second flyover over Andicuri Beach. This time, the drone approached the beach from the northwest.

After that, the drone smoothly hovered over the famous Natural Pool, a small depression surrounded by volcanic rocks, with a beautiful natural pool in the middle where people love to come and take a swim, weather permitting. Aruba’s Natural Pool is also known as the Conchi.

You probably spotted the three donkeys walking along the rugged northeast coast of Aruba during sunset. The donkey plays an important role in Aruba’s history. During the colonial era, the Spanish brought the donkey to the island. The animals were mainly used for the transportation of humans and heavy objects. When their usefulness ended after the introduction of other means of transport, the donkeys were set free in the wild. Only a small group survived. Nowadays, the non-profit Donkey Sanctuary Aruba provides food, shelter, and medical care to hundreds of Aruban donkeys. The sanctuary is worth a visit when you travel to Aruba!